Prior to becoming a Batteries Plus franchisee in 2006, Rick was the owner of multiple automotive franchises in Virginia Beach, VA. While there, he operated 21 stores and oversaw 300 employees for 14 years before selling the business in 1998.

Shortly after, Rick met Brenda, who was working as a flight attendant at the time, and the two sought franchise opportunities together.

“I’ve always been an entrepreneur and Brenda was exposed to that when we met,” Rick said.

After searching for a new laptop battery one day, Rick was led to a Batteries Plus and the rest is history.

As a loyal Batteries Plus customer, Rick became interested in the business and started to explore investment opportunities.

“I was looking for a much smaller, simpler business to operate and Batteries Plus met those parameters,” Rick explained.

When the two learned there were no Batteries Plus franchise opportunities in their area, they searched for the closest available location.

“We had just had a very cold winter in Virginia Beach and we loved warm weather and fishing, so we decided to move down to Florida,” Brenda said.

The Phipps’ signed a three-store, five-year buildout development agreement in 2005 and got to work.

The pair opened their first Batteries Plus location in Lake Worth, Florida in 2006.

“We both like to do different things, so we split up the work to reflect that,” Rick said.

Brenda is more hands-on with the employees and frequently works in the stores, handling banking, hiring and some advertising while Rick communicates with corporate and handles all the legal, accounting and billing.

During the first five years in business, Rick and Brenda were hands-on with day-to-day operations and training employees at each store. They learned how to balance their marriage-work-life balance early on.

“You have to recognize what your strengths and weaknesses are,” Rick said, explaining how they balance working together. “Recognize the areas you enjoy working in. The things you don’t enjoy, you just divide amongst yourselves.”

Dividing the work, making sure they had personal time and working at different parts of the day in different locations are just a few ways the couple balances marriage and business ownership.

“You have to learn how to work together as a team, which is essentially what marriage is,” Brenda said. “We probably talk about work more than we should, but it’s okay because we have the same goals.”

While working together might bring challenges, the two acknowledge that it’s easy when you have a good partner.

“We also enjoy doing the same things when we’re not at work,” Brenda explained.

The two wouldn’t trade their current careers for anything else. Becoming retail franchise owners has allowed them the opportunity to enjoy more family and vacation time thanks to the flexibility and freedom of owning their own businesses.

In their free time, the Phipps’ enjoy soaking up the sun by sportfishing and boating with their twin daughters.

“When you live somewhere where you do the things you enjoy doing, it makes it so much easier,” Brenda said.

With the freedom to make their own schedule, working where they want and when they want, they have more time to be present with their family.

“Now I get to pick up my little girls from school, which is one of my favorite things to do,” Rick said. 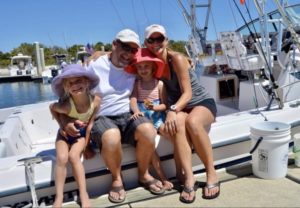 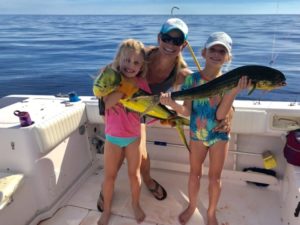 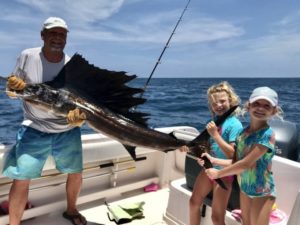 The Product of Hard Work

In order to achieve their work-life balance, they needed to build a strong team. The Phipps’ recipe for success is simple: lead by example and be honest. With several employees having served long tenures, including their regional manager who’s been with the franchise for 15 years, Rick notes the importance of being faithful throughout the process.

“There’s no magic formula. You have to get up, go to work and work hard. Don’t micromanage, and allow people to make decisions,” Rick explained.

In addition to leading by example, Rick and Brenda pride themselves on team building and offering their employees competitive pay and in-depth, hands-on training.

“Prior to getting into this business, we didn’t know anything about batteries either,” Rick explained.

Batteries Plus prides itself on equipping all employees with the necessary tools and resources to succeed.

“We always want to be honest with our customers,” Rick said. “I teach our employees to never sell the customer something they don’t need,” he said.

Being honest with customers and solving their problems on the spot will lead customers to trust Batteries Plus as a key resource each time they need something, Rick explained.

“Always do what’s right even when no one is looking and the customers will continue to come back,” Rick said.

Ready to Achieve Your Dream Lifestyle?

Invest in a franchise that gives you the opportunity to make your own schedule and grow with a stable, scalable business model. Get started today by filling out the form below!