The Batteries Plus brand has continuously evolved over the past 30+ years to remain true to its founding principle of providing consumers and businesses with access to specialty products and services–including batteries, light bulbs, key fobs and phone repair.

Through their commitment to this mission, the battery franchise has been able to securely establish itself as the nation’s leading retail franchise. And now, on the coattails of unmatched nationwide expansion, the Batteries Plus team is eager to provide an overview of the past year. A year has proven to be the most formative and successful in their history in many respects.

Here’s a look back at some of the events that have unfolded last year and some goals heading into the New Year.

A Record-Breaking Year of Growth for This Retail Franchise

The past year saw the Batteries Plus franchise reach a rate of growth the likes of which the brand had never before experienced. With the 22 recent store openings and the subsequent entrance of 28 new franchisees into the Batteries Plus system, as well as the nine existing that signed for new stores, the retail franchise has once again displayed its prowess as the clear industry leader.

Much of this growth has been fueled by the appointment of new members to the Batteries Plus Store Development Team, which provided seamless support to all new and existing franchisees through the store opening process. From signing multiple record-setting deals, breaking a record for achieving the highest number of signings in one year, beating their 2021 store goal by August and exceeding sales goals by 60%, Batteries Plus has made significant strides in ensuring that their 2022 operations will occur under a more capable and experienced team than ever before, which will be a massive benefit to their family of franchisees.

The result of all this is a company that’s better positioned for the future and better able to grow alongside the expanding demand for specialty products and services. After all, it’s Batteries Plus’ competitive and persevering nature that’s put the brand at the top.

Batteries Plus has witnessed notable, ground-breaking achievements in 2021. In addition, as a community-centric company, some of Batteries Plus’s most cherished accomplishments are those that put the spotlight on the people and places responsible for making the franchise what it is today. 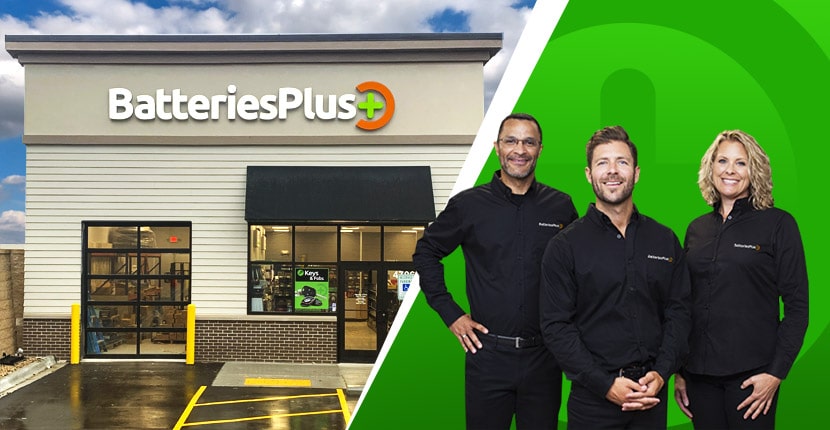 Initiatives like these are integral in framing every Batteries Plus franchisee as a staple of their community. It’s crucial the brand’s franchisees are concerned with the greater good and for providing convenience to locals—not just the bottom dollar. In addition to these tremendous initiatives that Batteries Plus launched and achieved in 2021, they are “most proud of [their] accomplishment gaining 28 new ownership groups with a huge pipeline in development,” Jon Sica, Batteries Plus Chief Business Officer, said.

Fully intent on riding the wave of 2021’s success into the new year, the Batteries Plus team has set their sights on a variety of ambitious and exciting goals, all geared towards fostering a continued degree of system-wide growth for their retail franchise. These include such plans as entering into even more markets throughout the country, opening 55 locations by year’s end with the addition of 24 new franchisees and launching a full-force company rebrand, just to name a few. These goals will be pivotal in defining the new era of Batteries Plus franchise operations.

Ready to join one of the fastest-growing retail franchise brands? Contact us today to learn more about Batteries Plus franchise opportunities!